She sits upright in her armchair, her hands rest on her walking stick. She cares for looking well groomed and elegant. Her posture helps her, to endure the terrible memories of her past. A sense of humour helps, too. Hers crops up at intervals through the conversation. Dry and with a wink. Yes, she does want to talk about her life, but she can’t and doesn’t want to talk about certain things. 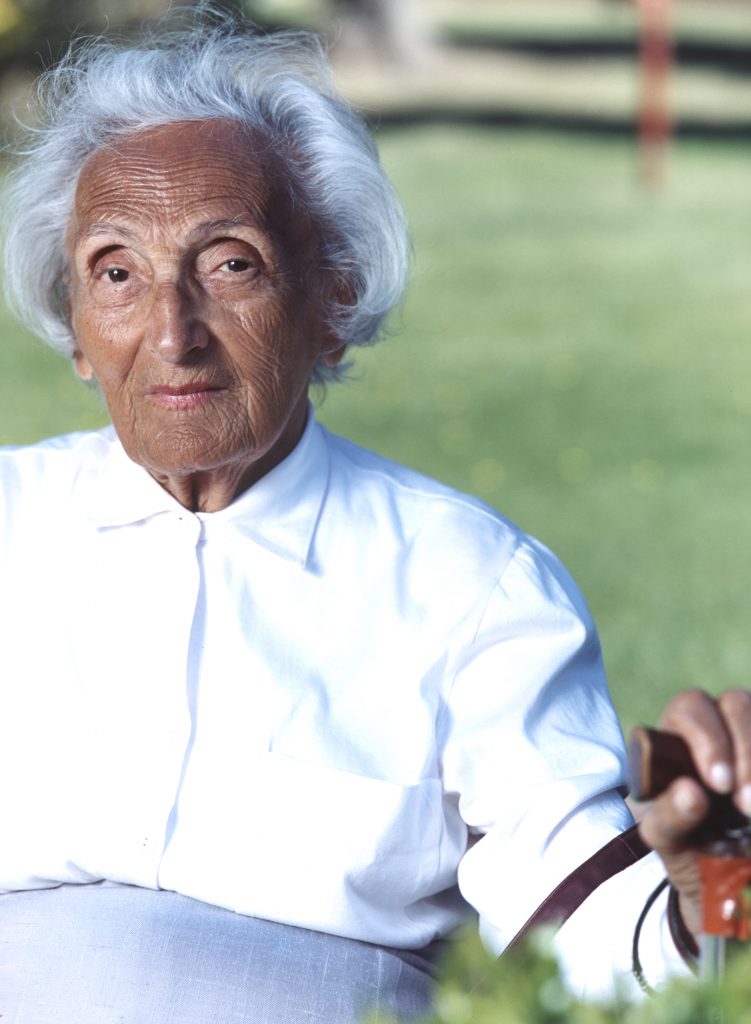 Martha, maiden name Kohane, was born 19th September 1914 in Berlin. Her mother is Chech, from Mährish-Ostrau and her father’s a Pole. He’s from Krakau “where the pope’s from”, she laughs, “ but I don’t think they knew each other.”

She remembers going sledding in the city park of Schöneberg with her sister and brother. “We always loved that.” Today, her sister lives in Sydney and her brother in Buenos Aires, where she herself lived until 2004, right in the centre, just around the corner from the German Hospital. Her little brother is now 85 years old.

Her parents lose their lives ‘in the most abominable manner’

At the age of 22, Martha meets Alexander Ehrenfeld on a Jewish country estate. He’s a so-called naturalised Argentinian. “We fell in love and got married and that’s why I was able to emigrate with him.” That was two years later, in 1938. Initially, the two travel to Paris and stay there for a number of weeks. From Cherbourg, they board the Cap Arcona to Buenos Aires. Unfortunately, they weren’t able to take along any of her family, she says. Her parents lose their lives ‘in the most abominable manner’. More she cannot and doesn’t want to divulge. It is too big a burden.

She says that her little brother was also deported, but that he was able to save himself. A happy ending. “He came back to Berlin and then I was able to help him.” Friends of the Jewish Philanthropic Society sent him a llamada and his big sister sent him the money for the voyage. She can’t remember exactly when this would have been. Probably around 1942. But the only thing that counts is that he made it out of Germany, she thinks.

“I never saw my father again.”

She doesn’t like to talk about the things she witnessed in Germany before she emigrated. “It was appalling,” she says and recounts how at four in the morning, the Gestapo called at the house of the Kohane family. The father opens the door “and a policeman was standing there, who said ‘Herr Kohane, you and your son are arrested.’ Bueno, they had no choice but to go. There was no place to hide.“ She imagines what would have happened if they’d left the house ten minutes earlier. Then “they may have been able to save themselves.” They get taken to the train station. “I never saw my father again.” She remembers the day exactly, it was the 29th of October 1938, her sister’s birthday. Martha Ehrenfeld turns around and points to the photographs that are displayed on the wall. “Here is a picture of my father. And my mother. Here she’s looking quite well.“ A few days later her mother had to have a passport photograph taken, says her 91 year old daughter. “In that one she’s looking so wretched, so demasiado miserable.“ That picture isn’t on her wall, because that’s not how she wants to remember her mum, she says. Her father, she continues, has never wanted to contemplate emigration. He had always thought that the Nazis wouldn’t remain in power for long and that, a year on, no one would speak of them any more. “Well, but it turns out that a lot was said about them for a good while to come.”

She witnessed the pogroms of November 1938. “I wouldn’t have missed those” she says with her own idiosyncratic dry humour. But again, she would prefer not to talk about those experiences.

At last, life is worth living again

It is much more important to her that life continued in Buenos Aires. Here, she immediately starts working as a seamstress. For hemming a skirt, she charges one Peso. Lydia Kindermann, an artist, is her first customer. One of her dresses needed to be shortened, „ but I had no tailor’s dummy, but my husband was as tall as her, so I said to him: ‚You have to put this on, if you want to or not!’ She laughs. “So I stuffed out his bust – it worked.” At last, life is worth living again. She gives birth to a son and she grows to like Argentinia a lot. She never feels foreign. Perhaps it helped that her husband had long been a naturalised Argentinian, she thinks. Right from the start she joined the Jewish Philanthropic (AFI) society as an associate. They have regular weekend meetings with other members on the so called Jewish field. “Yes, that was lovely. But we were bitten by mosquitoes” she laughs again, „it was lovely! We enjoyed it.” She stayed faithful to AFI throughout her life. So it was a matter of course that she came here, after becoming a widow and losing her housekeeper who had to spend more time caring for her sick husband. She’d been to San Miguel before, on holiday, or during rehab, after a hip operation.

And Germany? She was there. Twice, in Berlin. A nephew of hers lives there now. She liked it, though she was happy to return. Home? “There’s not a lot of connection there” she says. „No. Home?“ she asks and looks stern, „this, here, is my home. This is where I feel at home, here, in my room.” She looks intently back to the photographs on the wall and says, “My husband has long since passed away. He was a lot older than me. I always preferred the older gentlemen. He was 18 years older!” And then she starts singing: “’Every girl prefers the better older gentlemen, the better, older gentlemen are the right ones!’ Do you know this song?“