Two years after the death of his first wife, Gordon Krauß got married for a second time in Hogar Adolfo Hirsch, at age 83. He considers himself to be very lucky that he has met Elfi Steinitz here and has come to love her. Luck is a running theme for him. 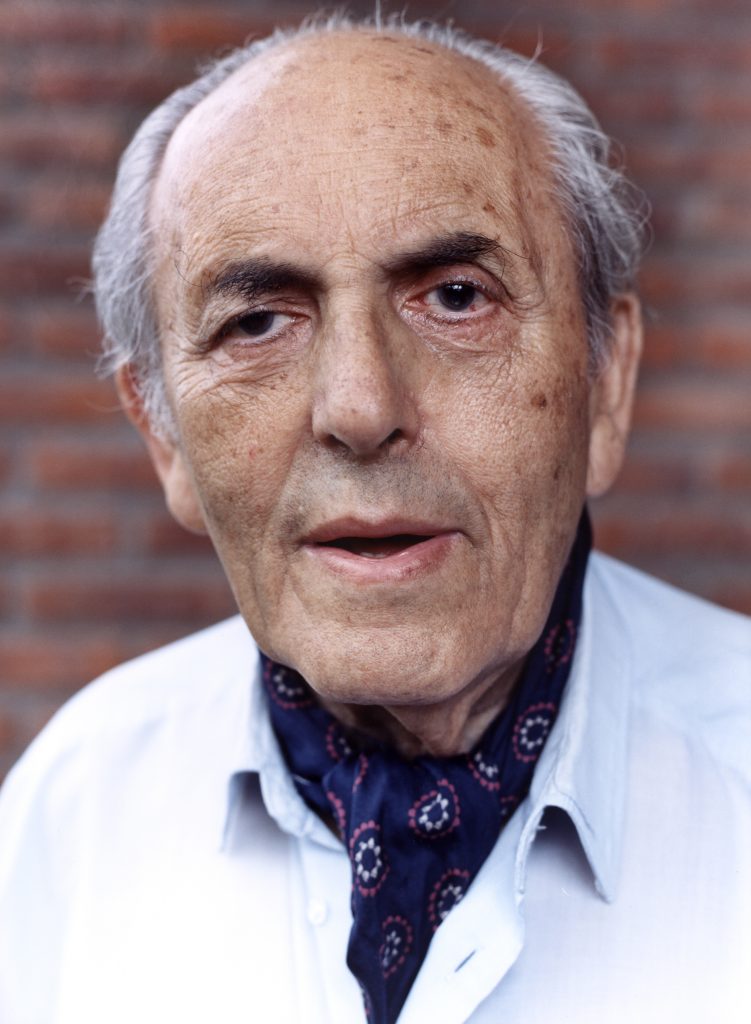 Because the fact that he is still alive and hasn’t perished at the hands of the Nazis, unlike his parents and six million other Jews is purely down to luck. He keeps emphasising this. He managed to survive the war and Nazi regime, because he was always able to get away at the right moment.

“But you have to have luck.“

Ingenuity and chance complemented each other well, “and luck always played into it as well,” he says again and again. “When people say, it’s all chance, that’s Schmäh! Do you know what Schmäh is? It’s an Austrian term. It means it’s a lie.“ He gets annoyed about those who won’t accept how much depends on luck. “Yes, there is chance”, he concedes, “but you have to have luck. Luck plays a great big role.” He only recognised this in old age, he says. „When you’re young, you don’t understand.“

In March 1938, life turns against him for the first time

When he’s young, Gordon Leslie Krauß lives with his parents and has as yet no idea to what extent his life depends on lucky circumstances. When the Viennese frenetically welcome the Nazis in March 1938, life turns against him for the first time. He remembers this day well. Up until then, he had no problems as a Jew in Vienna, he says. “But then I did! Then anti-semitism came to the fore and it was palpable.” The Austrians are a false people, Elfi Steinitz interjects. “I agree,” he says, “because sadly it’s true.”

“You can accuse someone who can’t defend themselves of anything.”

A few short days after the annexation to the Deutsche Reich, he is arrested by the SA. “I was 18 years old and was abducted by force. I couldn’t prevent it.” He was accused to be active in the Nazi resistance. He describes himself as being politically disinterested, but “you can accuse someone who can’t defend themselves of anything.” He is taken to the police detention centre of Rossauer Lände in the 9th Vienna district. He wasn’t beaten, he says, “but we became deprimido through their orders and were given virtually no food.” Then he was able to escape and saves his life. For the time being. Neither Gordon himself, who manages to lie low in Hungary, nor his older sister, who, thanks to having been born in England, soon attains a British passport and is able to depart Germany, is able to help their parents. “My family disappeared. They were exterminated. My parents did not survive Nationalsocialism.“
Gordon survives. He goes into hiding for many years.

He wants to get as far away as possible from Europe

At one point he attains a residency as well as a work permit. During this time, he meets his Jewish-Hungarian wife and marries her in 1940. When Jews in Hungaria also came under threat, he has to go back to hiding, but this time he is no longer alone. Together with his wife, he survives Nazi rule and returns to Austria in 1945. They live in the country for a further six years, which only a few years previously, had stripped him of his nationality and persecuted his family. After six years he can’t stand it any longer. He just wants to get away. Namely to a country that doesn’t persecute its citizens, “neither racially, nor politically, or whatever.” He wants to get as far away as possible from Europe. “So I had the idea of going to Argentina.”

Once again, he was lucky and attains an immigration permit, which was difficult at that time, he remembers. He reaches his destination on 4th September 1951 at 3.30pm. Many years later it will emerge that even Argentina isn’t far enough away. Under the military dictatorship his children are persecuted. “I didn’t suffer from it, but that is down to chance. However, I did have children, who were in danger.” That was terrible, he says and thinks that those prosecutions were just as hard for the persecuted as those in Europe. However, his two sons did survive the dictatorship. “It’s been 99 per cent luck.”

If he hadn’t met Elfi Steinitz, he would probably be very lonely

Now, last year, one of his sons did pass away before him. A great sorrow for his father. The other son lives in Brazil. If he hadn’t met Elfi Steinitz, he would probably be very lonely. Then he says, “you also experience bad things and it’s those times that teach you how important it is in life that you’re with somebody, who you can love, with whom you can talk, with whom you can spend your time, your life.” He beams, as he says this and looks at his wife. Gordon Leslie Krauß is very happy.