Edith Braun only has few memories of the time before she emigrated. “Unfortunately and thank God”, she says today. Unfortunately, because she would now probably have a better understanding of events and thank God, because she doesn’t really want to remember. She says, it’s as though her memories swam away. She is certain that there are psychological reasons. Only individual, sad memories remain. For example, that one day, her best friend was no longer allowed to play with her. Or that she and her brother Hans, who is two years older than her, were ‘harassed’, as she calls it, in school and on the playing fields. What does she mean by this? She can’t and doesn’t want to go into details. But it must have been harrowing and persistent because her parents decide to emigrate – not least because of it. 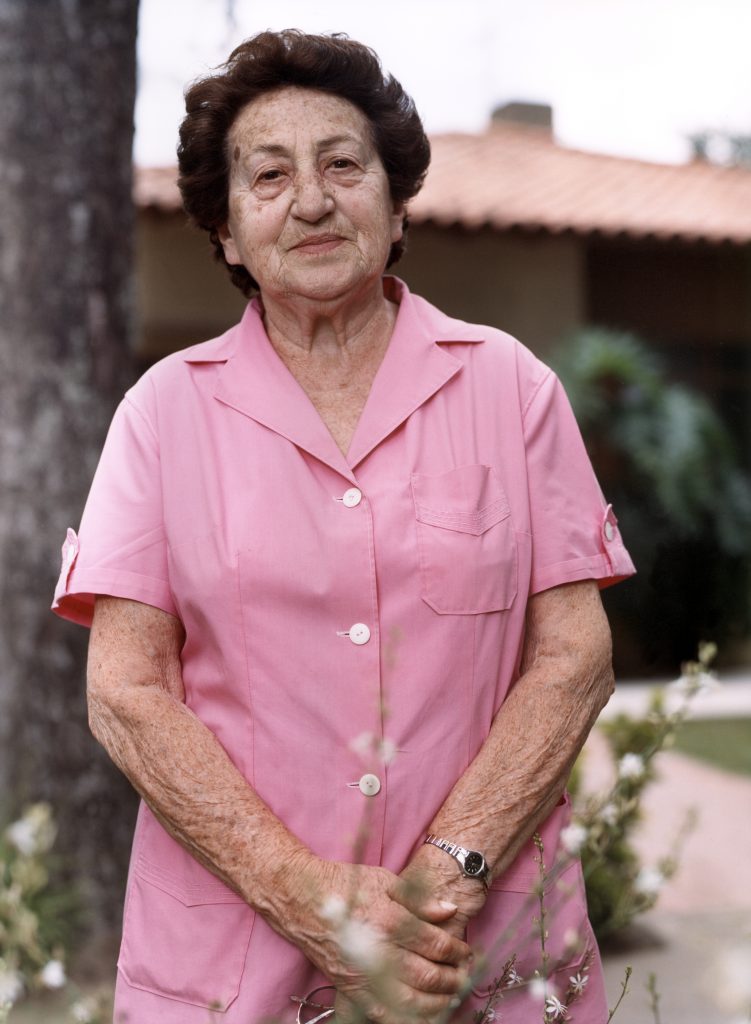 “Please, please get us out of here!“

Edith Rosa Ruth Marx is born on 18th February 1926 in Landau in the Palatinate. When the Nazis come to power, she is still too little to understand everything. The family want to leave Germany. That, she does understand. An Uncle, who has lived in Argentina since 1926, sends a llamada. He also calls for the Grandparents, but they don’t want to leave Germany. “Who will harm us?”, they said, remembers the 79 year old granddaughter. When later the grandparents write imploring letters, “Please, please get us out of here!“, young Edith must have understood the severity of the situation. Until then, the emigration and in particular the voyage with the ship ‘Lamadrid’, on which they leave Hamburg harbour in 1935, was an aventura, an adventure, for her and her brother. Today, she realises that it was a difficult farewell for her parents.

For the then 15 year old, this is a difficult move

The new beginning isn’t easy for the Marx family. At first, they live with the uncle. He earns well and supports them. But they don’t want to remain dependent on him. So the father gets a job. He explores trading with coal, timber and wine. When his business partner cheats him, he has to start again from scratch. The family moves to the south of the country. For Edith and her brother Hans, this means they have to go to Buenos Aires without their parents, because it’s only there that they can study and work. For the then 15 year old, this is a difficult move. Although she is with her brother, she now has to cope without her beloved parents. She says that up till then she had been a very wild and exuberant child. Now she’s becoming increasingly withdrawn.

“It was very hard times, but we were living in freedom.”

Edith goes to work in a children’s home run by the Jewish philanthropic society; initially as an assistant but later as a nursery worker. “Fifteen years then isn’t what it is today”, she says with a very serious expression. For her parents, too, it was hard to let go of their children. “It was very hard times, but we were living in freedom.” That that was more important than anything else is clearer to her now than ever.
She wasn’t able to fetch her grandparents. Instead they get deported into a French camp. Only her grandmother survives. After the war, she goes to live with one of her daughters in Palestine.

Life goes on and Edith becomes settled. She misses her parents, but she is glad that she has work. For six years, she remains loyal to the Philanthropic sociaty in her role as nursery worker. Today, more than half a century later, she’s no longer looking after little ones. Instead, she spends one day a week as voluntaria “in the best retirement home in all of Buenos Aires”. She enjoys her work. And here she mainly speaks German. Her girlfriends are German Jews, she married a German Jew, but that doesn’t make her German. “I have been back to Germany, and I was thrilled, but still. My life is here.” Today she feels Argentinian. In spite of this, her relationship to Germany is very good, she says. She visits her home town three times and meets nice people there. She even meets up with her old class mates, but “I couldn’t remember anyone. I only recognised my former best friend. It was very exciting and emotional”, she says as she remembers the encounter.

For a long time she blocked out the past. Today, she is pleased about the contact to Landau, her birthplace, and perhaps her memories will return. Bit by bit.