Alfred Daniel sits erect on his chair in the lounge of Hogar Adolfo Hirsch. He is a big man. It’s hard to believe that there were situations in his life in which he was helpless. But those did exist.

Alfred endures all this without mutiny

He remembers the year 1933. He has not long since joined the first class of the Friedrich-Hebbel-School in Wiesbaden. Since the Nazis came to power, he and his fellow Jewish pupil are no longer allowed to participate in the gymnastics classes. His class teacher wears the brown uniform of the Nazi party. When school is out, older pupils lie in wait for the two boys; all of them are members of the Hitler youth movement. They beat, kick, and once they pee in both of their mouths. Alfred endures all this without mutiny, because he is ashamed and afraid. He doesn’t want his father to find out. But he doesn’t miss that his son is being tormented. 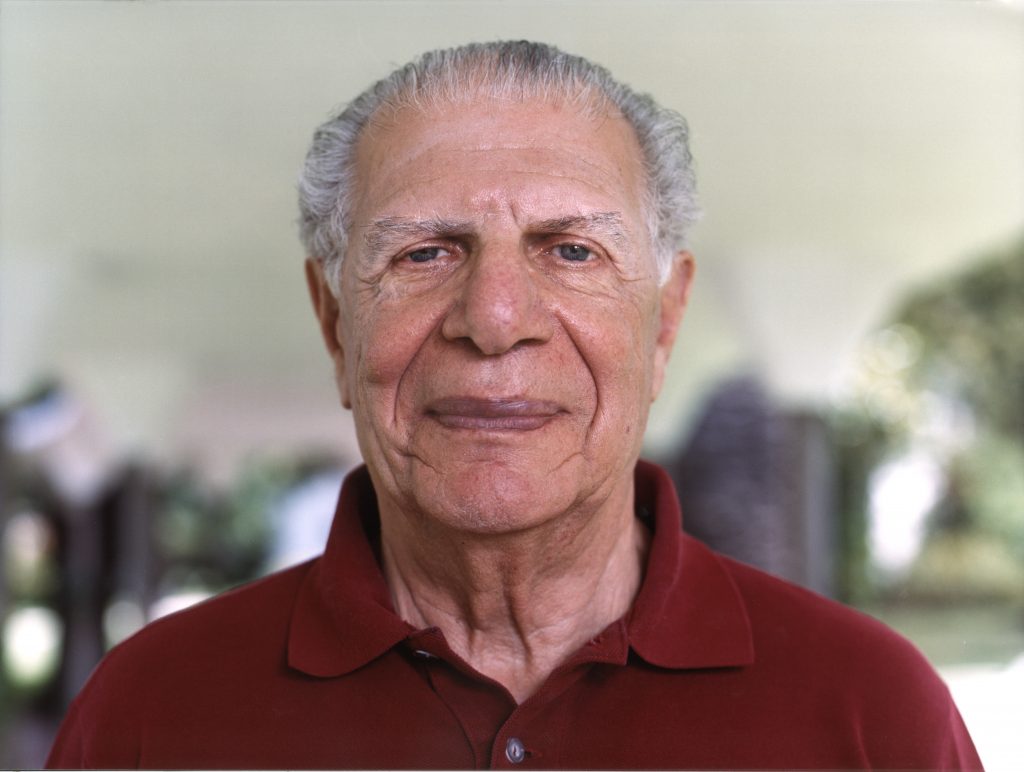 “Daniel, you have to leave today, they’re getting ready to arrest you”

One day he witnesses the scene and interferes, he singles out one of the attackers and flogs him, as his now 80 year old son says. The father, then 32 years old, is angry. And the one he beats, of all people, turns out to be the son of the highest SA man in Wiesbaden. Alfred Daniel remembers the incident exactly, more than 70 years after the event. For his father it is from now on perilous to remain in Wiesbaden. A friend, Herr Krause, who is a member of the NSDAP and therefore hears about what’s going on, warns him: “Daniel, you have to leave today, they’re getting ready to arrest you.”

As a result, he flees to Stuttgart to stay with a friend. His family follows soon after. A new phase starts in the little Alfred’s life, a type of interlude, in-between threat and freedom. Initially, his father goes to Palestine, but the English don’t give him leave to remain. He has to leave the country. Consequently, his family converge in Switzerland. The father still owns an old Argentinian cédula de identidad, because he was there for business back in 1924. Therefore, they decide to emigrate to Buenos Aires. They make the necessary preparations. Alfred Daniel’s father travels one last time to Germany incognito. Two years later, in 1935, travelling on board the Monte Sarmiento, young Alfred arrives in the harbour of Buenos Aires, together with his sister and his parents.

Alfred Daniel is still sitting very upright on his chair. He has only been a voluntario, a volunteer, at Hogar Adolfo Hirsch for a few months – one of the few men. He enjoys talking about his life. It bubbles out of him, he’s telling his story and is anxious to put his narrative into historical context to draw it out, but that goes too far. Again and again he has engaged with his past. A few years ago he has started to write it down. He has already published several books of short stories. His story plays a role in each of the books.

„You, as well as the teacher, are a dirty Jew”

Immediately after the arrival in the new home, the nine-year old is put into the sexto grado of the Pestalozzi-Schule “a good German school”, as he says. Nobody torments him here. Then he attends an Argentinian middleschool. He is a good student. One day, an Argentinian fellow student says to him, “I know why you get such good grades. You, as well as the teacher, are a dirty Jew.” So he went for him, “if they hadn’t pulled us apart, I probably would have killed him,” he says and wears a serious expression. There are certain things in his life that he can’t get over, “for example, if someone insults me on the grounds of my religion, or says I am a liar when I haven’t been lying or if people accuse me of something I haven’t done.”

He doesn’t believe in collective guilt

But he won’t let them get to him. He attends the Argentine university, attains his doctorate in Chemistry and gets a job in economics. In spite of predominantly having Jewish friends back in Wiesbaden, having been induced into the religion in the Synagogue by Dr Paul Lazarus, and feeling very Jewish even today, Alfred Daniel, marries a non-Jewish German. He emphasises that her parents were German but antinazis. He has two children with his wife. He doesn’t believe in collective guilt. He is always aware that not all Germans were Nazis. As a volunteer for the Wallenberg Foundation, he searches for Germans who have helped Jews. His wife dies 1983 from a brain tumor.

He wants to get married again, but this time to a Jew, “because I need a life partner, who has Jewish feelings.” He finds her. They get married in Germany. This comes to pass because Alfred Daniel has been working for the company Kronos for 25 years who have their headquarters in Leverkusen, i.e. in Germany. Through this work, he’s in close contact with Germans, travels there frequently and makes friendships. But NaziGermany remains a subject for conversation. He clears up. This means a lot to him. He feels comfortable around German youth. But when he sees and old person, he always wonders whether they were a Nazi. “I always ask myself, whether they were involved in killing my people.” He things it’s a character flaw in him.

There’s no other place for him than Argentina

Daniel can follow his family tree back to the 17th century. 70 percent of those who were born between 1880 and 1910 perished in concentration camps. Alfred Daniel’s relationship to Germany will therefore continue to remain critical. He closely follows the political development in Germany. The fact that Neonazis exist and the Möllemann and Hohmann affairs make him angry. Pockets of anti-Semitism also exist in Argentina, he says, it cannot be denied, but his new home has treated the persecuted Jews much better than most other places. “Argentina has received more Jews per capita than the USA!” Therefore there’s no other place for him than Argentina. Return to Germany? His company offered him the opportunity, when the dictatorship had Argentina in its grip, but he couldn’t. The humiliations of his childhood are rooted too deep.