Reserved and as though disinterested he sits there, on his chair, at the table in his room number 667. With some degree of pride, he shows off his leaflet about Tutzing. Siegfried Bustin’s eyes turn bright, when he turns to the page on which his father is mentioned. Before the advent to power he was the only plumber in the Bavarian town of 5000 people and very liked and recognised he was, too, as his 89 year old son remembers. All this is today a long way away, but the leaflet draws up memories of the happy time in Germany, as often as he wants. 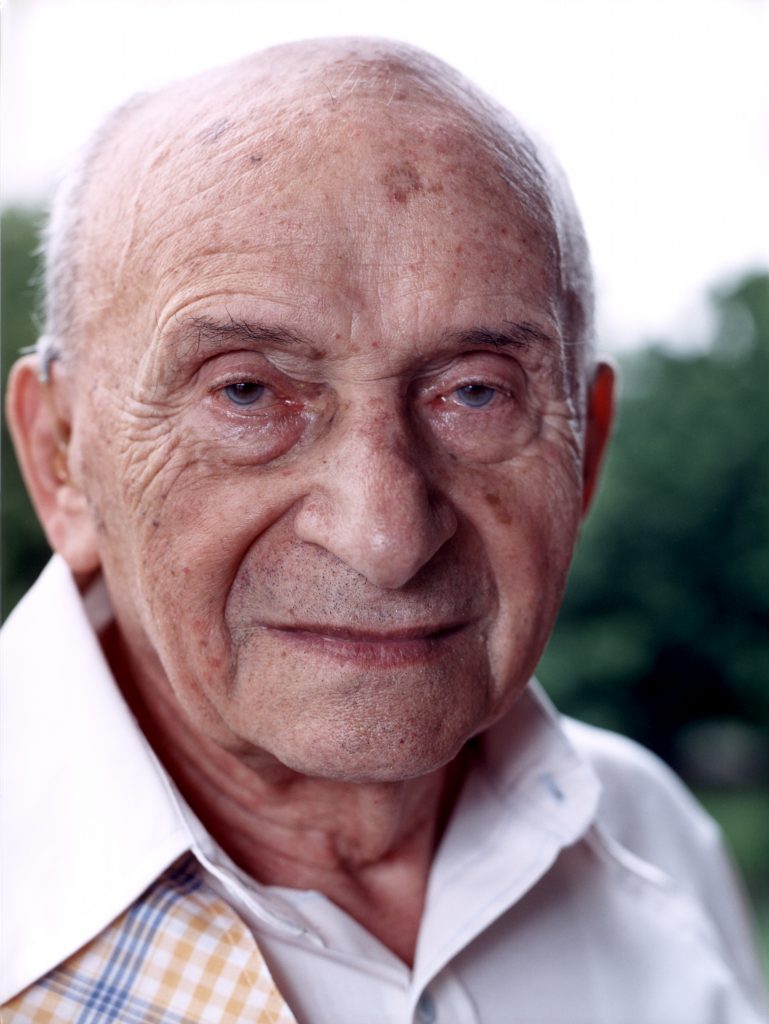 Siegfried Bustin has a lot of time to remember the past. Four years ago, he came out to San Miguel, because his wife was very unwell. Soon after, she dies. He doesn’t feel lonely, because he now has a girlfriend in the home. Her name is Ruth Rosenstiel and is very shy and reserved – that’s why she didn’t want to be part of this interview, he says. But today it’s all about him.

“When the Nazis came to power, we were still treated well.”

Siegfried Bustin was the lastborn of his family and was born in Tutzing, near Munich in 1916. His family was the only Jewish family in the town. “When the Nazis came to power, we were still treated well”, he remembers and to this day he is glad about it. He continues, that he was even allowed to finish his school leaving qualification. Modest and unassuming, as if it was a gift he didn’t deserve. He remembers a bicycle tour with two friends to Berchtesgaden. In one of the hostels was a group of Hitlerjugend from Nuremberg, shouting and swearing “and they asked me whether I was Jewish, and I said ‘yes’.” They didn’t do bad things to him, remembers the old man today. No, it went fairly well after all. “They dragged me through the town and sang ugly songs: ‘When the Jew’s blood spatters from the knife…’ He thinks he has been lucky. They could have hit him. Instead, they pounced on his friend, as a ‘friend of Jews’, as it were. Even though he tells this story as though in passing and leaves the impression that he may have been OK with the incident – the Bustin family recognises early that Jews are no longer welcome in Germany. A good while after his wife’s death, Siegfried’s father had a Christian girlfriend. Enough reason for a Tutzing neighbour, to report him to the police on the grounds of race defilement. The father was arrested, but a relative, a lawyer from Munich, was able to prevent his internment to Dachau at the last hour. That was the initial spark for their emigration.

“That was a golden age. We were doing very well.”

An uncle had lived in Argentina for a long while. His sister, too, left in 1927. Siegfried went ahead on his own. 1937. That was before he was fully of age. From Hamburg he travelled on Cap Arcona of the the Hamburg-Süd line to Buenos Aires. “I wasn’t affected greatly by all this. The voyage was nice and my sister and my uncle were already there and collected me from the harbour.” Shortly after his arrival, he made contact with the Philanthropic Society of German Jews and with the Jewish Club Bar Kochba. That’s where he played football. “That’s how I met people.” Over the course of the years, he established himself in his career, too. Together with his cousin he opens up a small Ferreteria, an ironmonger’s shop, in the centre and after a further 10 years, they enlarge the business into a bigger shop. “That was a golden age. We were doing very well.” In the meantime, he had become married, and became a father of a son. Everything went well and he can’t complain about his life. Only one uncle has perished in Dachau. All others have managed to get out and came to Argentina.

“It is astonishing to think to what extremes a people of culture can be driven.”

“I don’t feel resentment towards Germany, but it is astonishing to think to what extremes a people of culture can be driven.” Today he feels as an Argentinian, “but I often think in German. We play cards. My life is still very German. That’s no wonder. I was always in the company of German Jews.” And now Hogar Adolfo Hirsch has become his home, the retirement home of the German speaking Jews of Argentina.