Memories of Germany don’t come easy to her

She’s finding it hard to recollect details when digging around in her memories. Memories of Germany don’t come easy to her. Anneliese Feldmann lives in the present. Even if the present is not nearly as exciting as things of the past. 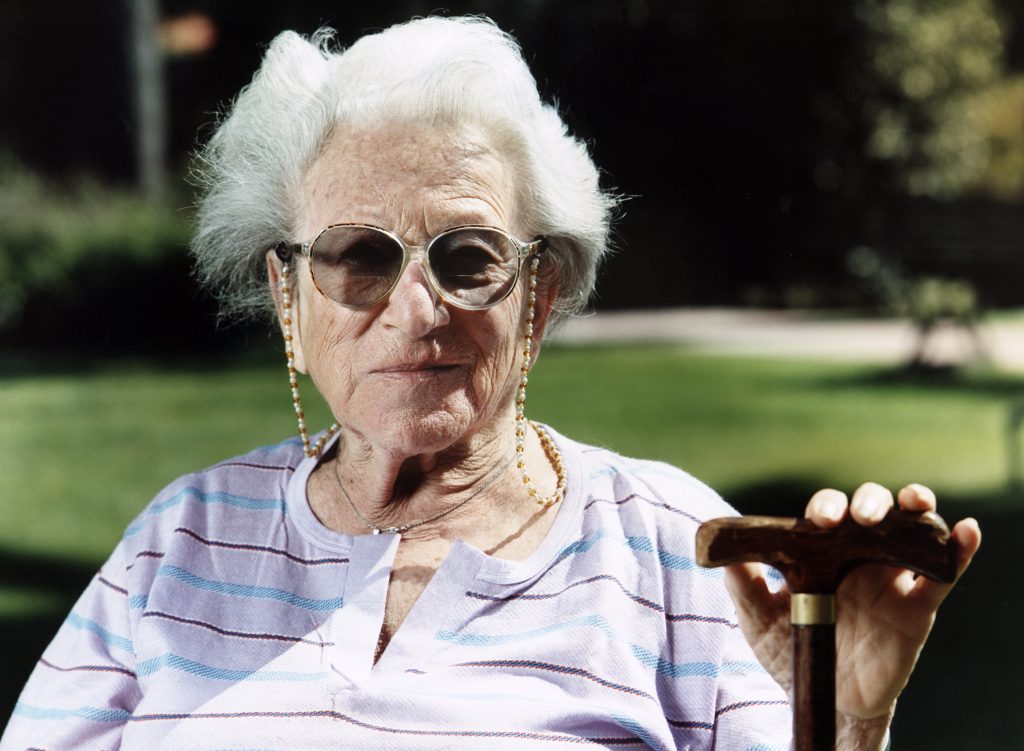 Now aged 89, Anneliese Feldmann sits with her friend Hilde Neustadt in the common room of Hogar Adolfo Hirsch and listens to classical music, which plays from a small Hifi set. This is how the two of them often pass the time till lunch.

Memories of Germany? “I’ve retained the German language and culture”, but to remember? She doesn’t want to. “Germany? Forgotten.“, she says with a smile and in spite of this, remembers a good bit.
For example that she was born in Berlin on 21st August 1916, and that her family decided early on to pay for her father to emigrate to Argentina “after life became unpleasant in Germany,” and that he then travelled on his own ahead of the rest of the family. That she and her two siblings were able to follow him a year later. “My mum wasn’t around any more at that point.” So she left Germany legitimately in 1936. Were there difficulties? She can’t remember and doesn’t want to know. However, she does remember that they had a great time on the voyage. They took with them as much as they could. “In terms of money, however, I only had 10 Marks. That’s all we had to make a new beginning.”

In Argentina, she immediately felt happy and secure, she says. She and the whole family lived in a large apartment. Anneliese, her sister, her brother-in- law, the father and her husband. Whether she had any children at that point? She can’t remember that, either. It’s so long ago. 70 years, to be precise. Where her memory is hazy on some things, she’s all the more clear on how she met her husband. In the Jewish community. She spends a lot of time in the meeting house, makes friendships. She spends her time exclusively in the company of other German speaking Jews. They attend talks, go to the cinema and chat. „That’s how we spent our days.“ And they only speak German with one another.
She did eventually learn Spanish: at first with the help of the book „1000 Words Spanish” and then while at work. “Of course I had a job, well, so obviously one had to speak Spanish.” Anneliese Feldmann works as a secretary. She is 19 years old. In Argentina, you’re considered to be an adult when you’re 19, she says; but I was raised in such a way that I wasn’t quite there yet. Bueno, because one wasn’t so vivo, not so sharp, everything was a little slower – but not badly.“ It must have gone well, because Annelise Feldmann is a very contented elderly lady.

One reason for being contented with her life is that she has always felt welcome in Argentinia. „The natives were very nice. Very, very nice.” Of course not everything has been easy, she says, „though as long as you can laugh, it was good.“ Today Argentina is her home. What about Germany? She has never been back. „I have no connection to Germany. We emigrated because they didn’t want us Jews.“ ‚Thank God’ nothing bad happened to her. Ugly things did happen, but nothing harrowing. And thank God I have forgotten the ugly things. No – I refuse to remember them.”