He’s hit by a rising feeling of panic

When Juan Fränkel travels to Germany long after the end of the second World War and arrives at the airport, a customs official asks him, „Where do you come from with those big overseas cases, eh?“ He’s hit by a rising feeling of panic. “I saw the SS Officer again in front of my mind’s eye.” 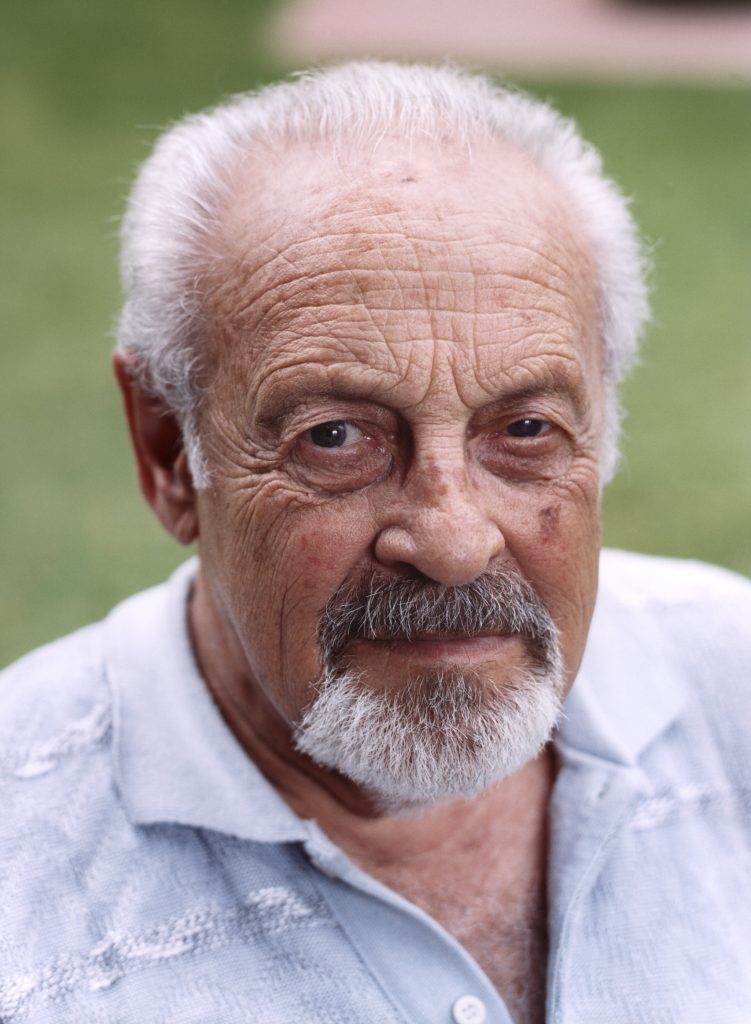 Hamburg harbour, Summer 1938: His parents are just about to embark on the ship en route to Argentina, when suddenly, an SS officer plants himself in front of him. An acquaintance, who accompanied the family to the ship, put a set of binoculars around his neck at the last minute, asking him to pass it on to relatives in Buenos Aires. “I already had a set of binoculars around my neck. And at that time, you had to declare everything.” So the SS man says to him, “Where did you get these from? Is that declared?“ Juan Fränkel is sitting in his chair, lost in thought and recounts how he became terribly scared that his parents would now have to leave without him. But then an officer joins them and says to the SS man, “Come on, leave him alone.” Shortly after the Fränkel family leaves Germany for an indeterminate time. Juan remember clearly, that he wasn’t just relieved. He also felt very lost and abandoned, “because I knew, we will arrive somewhere, where there are no family members. We were completely on our own.” Because his family members are in Breslau.

“You Jew, go to Palestine!”

It is there that he was born on 8 March 1923. His parents call him Hans Theodor. Here, he lives until his emigration. He witnesses Nazi Germany. “In Breslau it was particularly strong”, Juan Fränkel remembers. “The Chief of Police, Heines was his name, even became quite famous. He was shot along with Röhm and other top Nazis by Hitler’s ranks.” From the first grade onwards, he went to a Jewish school. As a Jew, he doesn’t get accepted into secondary school. He remembers being bullied on the street, where children shouted at him, “You Jew, go to Palestine!“ And then he adds, “That was normality in those times.” As though he had to explain what happened.

He always wondered how the children knew that he was a Jew. Because back then, they didn’t need to wear the Star of David, he explains. Although he did understand that he was being attacked on the grounds of his religion, as his parents contemplate emigration early on. But they couldn’t leave because the grandmother lived in a retirement home. “We didn’t want to leave her behind.” For the staunch Zionists their destination is clear: Palestine. When the grandmother dies, there is nothing that stands in the way of their emigration. Although they only succeed to obtain visas to Paraguay. The official plan is that the father will earn a living there by farming the land. He laughs, because up until 1936, his father was branch manager of the Deutsche Bank and Discount association and later on of the Jewish bank Ivria. It makes him laugh to talk about this. To imagine this man atop a tractor is completely absurd for him. The father has to pay a deposit at the consulate to vouch that he, his wife and his child won’t be staying in Argentine.

But in Buenos Aires, the family is lucky because the ship, that’s supposed to take them to Paraguay doesn’t sail on that day. So they stay in Buenos Aires and “in the year 1940 my father even succeeded in legalising their status.” Though up until then he and the family experience two difficult years. The Fränkels receive help from the Jewish Philanthropic Society, though Juan (as he calls himself now) is still not allowed to continue his education. He has to earn money and for his first job, becomes a messenger boy for a photography shop. He earns well. But then his mother dies of cancer, after the ordeal of many years’ of suffering. This is a heavy blow for the 17 year old. Shortly after, he begins an apprenticeship as an electrician and works his whole life “you might even say days and nights” for one and the same company.
It didn’t take him long to integrate into the German-Jewish society, especially with the help of the Philanthropic Association (AFI). He’s been a member for 54 years.

„I enjoy being here, have contact with people and am trying to help.“

Now that he retired, he had to face the question of what to do with his time. He doesn’t just want to sit at home and annoy his wife. He wants to do something practical. “Not to earn money, but in order to do something concrete, to put things into action.” And so he had the idea to go to San Miguel as a volunteer. It was the right decision. “The work satisfies me. I enjoy being here, have contact with people and am trying to help.“ He’s been here for four years now.
Contact with other Jews remains very important to him. Officially, he is still a German. “Repatriated German”, he says. But he feels Jewish. „I am a conscious Jew and a conscious Zionist.“ In spite of this, he has often visited Germany as a tourist. He is no longer afraid, “but somehow a sense of wariness remains.”