Yes, she wants to tell her story, “but you also want to take a picture of me?” She does not want that. “Why do you want to take a picture of me?” Edith Weinberg is almost 93 years old and thinks that one should not take pictures of such an old woman anymore. What is there to look at? But after a long time, she finally can be persuaded. She can be photographed. But she is far from being convinced. 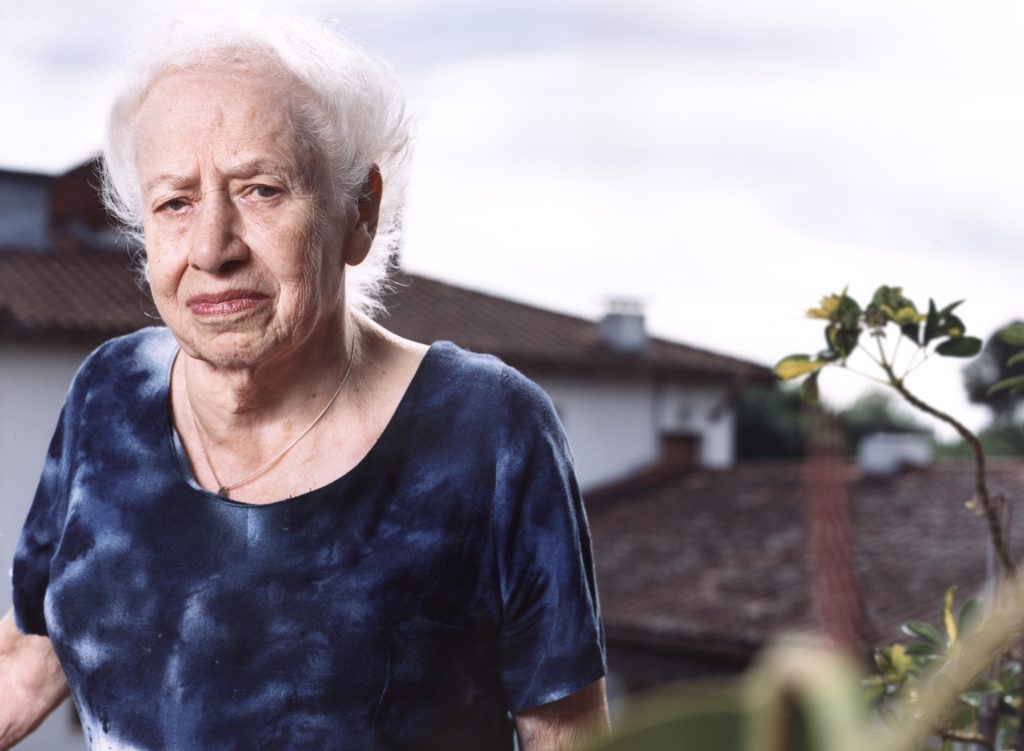 “I never saw my parents again”

Edith Weinberg was born on December 26, 1912 in Silixen, a small town in Lippe, as the eldest daughter of the Katz couple. They call her Edith Erika. There would certainly be a lot to tell from this time in Germany. She also had happy days with her younger sister and her parents. But if she thinks about this time, then there is only one topic. Germany? This is the country where she had to leave her parents behind when she emigrated in 1938, shortly after she got married. “The most important thing in my life is that I went to Argentina and the worst thing is that I had to leave my parents in Germany,” says Edith Weinberg today, almost 70 years later. She takes a short break, strokes her freshly combed, fine white hair and becomes very thoughtful. “I never saw my parents again.” Somehow she must have already known that when she said goodbye to her father at the pier in Bremerhaven. She remembers it very well, she says, “my nerves were bursting“.

Edith sees that the Nazis have no inhibitions

For the Katz family, the fact that they can’t stay in Germany is already apparent at an early stage. “We saw what was going on. The Nazis had been there since 1933.” She remembers one day a far-reaching relative calling her and asking her to come “because the Nazis had smashed her house to pieces”. Edith is now a young adult and decides to go and help her, although her parents are so afraid of it, “but I didn’t have the heart not to go. It was bad, very bad.” Edith sees that the Nazis have no inhibitions. Father and uncle are arrested on Reichspogromnacht. But the mother is well known and highly respected in the village, “because she supported the sick and old people”, the daughter tells and only because of her the Nazis let the father go again, she is sure.

Ediths husband can’t do anything for her parents-in-law

Her husband had already been to Argentina at that time to apply for the llamadas, the entry papers for Edith and some relatives. From then on, the young woman had to wait 11 months for her departure. Time enough to register how urgently their parents need to leave the country. But Ediths husband can’t do anything for her parents-in-law. The younger sister escapes to Holland and is hidden “by very decent, very decent people”.”They were very, very decent.” She stresses it emphatically. Both daughters keep in touch with their parents. “So I always knew how they were doing, but suddenly the contact was broken. The sister writes from Holland, “I don’t know anything about the parents.“ “That was terrible. What she then only suspected has long since become certainty today. Her parents are deported and die in a concentration camp.
But she can send for sister to come to Argentina “before the war had broken out.” She is still very grateful today for that.

She feels at home in Argentina

Together they have a good start in their new home despite everything. For two years they live with their relatives and many friends in the countryside “in the camp”, as she says. „To be honest“, she liked that very much. They start a theatre group and watch films. The young people have a good time. But after two years she goes with her husband to Buenos Aires. At this point the heavy smoker is already ill. Shortly afterwards he dies.
Edith Weinberg never had children. Unfortunately, as she says. “That was very difficult for me, because I like children so much. But instead she always had the children of her relatives with her. Still, she hat a happy life. She feels at home in Argentina. She says “totalmente” and smiles. According to her passport she is German but she has had too many bad experiences with that country. In her heart? There she is Argentinian. She never again has been in her old homeland. “I have sworn never to set foot on German soil again.” And she can speak German in Hogar Adolfo Hirsch if she wants. As for example in this interview. The conversation was fun for her. And after her companion tied her hair so neatly, she agreed to the photo. And when she looks at the Polaroid, she even realizes that old people can also be photogenic.