„I never wanted to become voluntaria in San Miguel, but my sister needed a car.“ And so she became „the car“ her sister needed, she says laughing with a notably smokey voice. Smoking is one of her passions. Ilse Kramer, a delicate woman with fashionable shades, 88 years old. She only just turned up in her sister Lilo Brummer’s flat. It’s Friday evening. As every week, Lilo has invited friends and relatives back to her home in Belgrano to share the Schabbat meal. Ilse never misses from these gatherings. Neither does she miss the weekly bridge evenings. The sisters are inseparable. 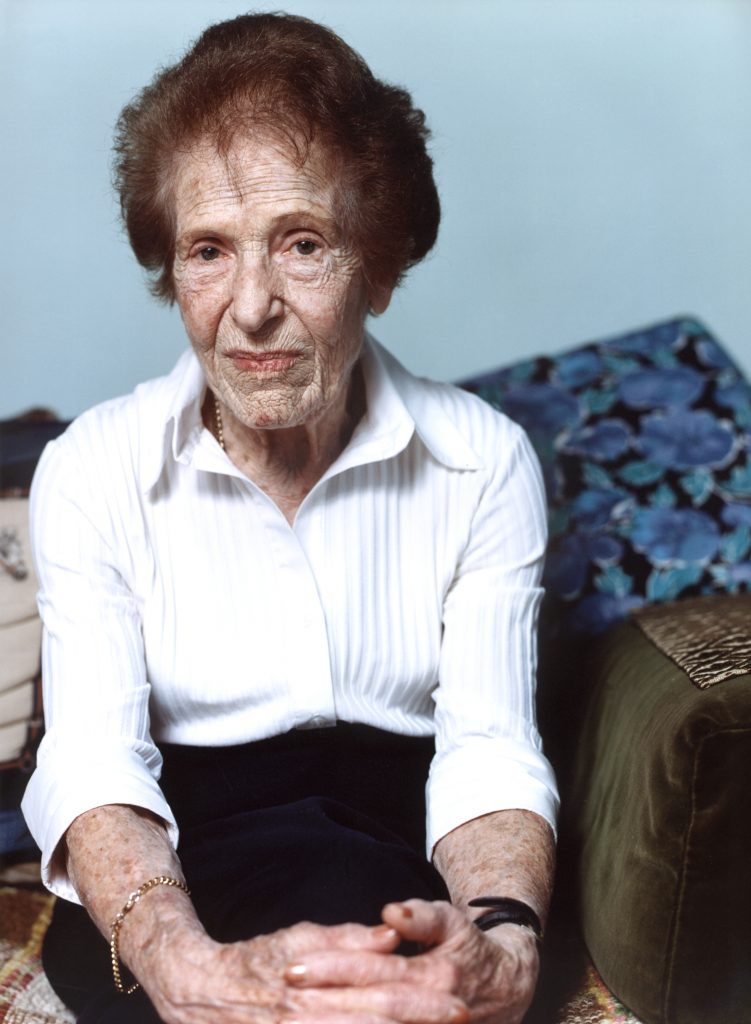 Born in Schweinfurt, raised in Augsburg, she never experienced any Nazi –hostility. On the contrary. In 1933 she was working as a volunteer for a big purchasing group, where her colleagues collected money for their Jewish co- workers “in order to help them emigrate.” “Thankfully” she didn’t need the money.

She is the one who never worried

Although she is the younger of the two sisters, she was the one who got married first, at 19, who first left the country, as early as 1934, who fetched her sister four years later and the following year, her parents. She is the one who never worried. “When dropping me off at the boat in Hamburg, my mother said to me, “Oh, isn’t it hard to go off like that?” But I replied to her, “I’m going to become the rich aunt from America.”” The farewell wasn’t hard for her, as she felt sure that she would be able to get everyone to follow her in time. “My late husband had relatives in Buenos Aires and a good position at Schering, so it wasn’t hard for us.” It proved to be easy to fetch her sister. However, there were difficulties in fetching her parents, as her father was only her stepfather. But Ilse Kramer never lost her optimism. „He wanted my mother to go ahead on her own, but I didn’t want that, because he was like a real father for us.“ She ended up having to pay a large sum to a man assisting the escape, “but we’d heard that he was always successful.” So she didn’t worry. And indeed, her parents were able to immigrate to Buenos Aires via Chile. “No, I was never afraid that my parents wouldn’t make it out of Germany.”

“The only day on which you’re in a good mood is the day you come back from San Miguel. After you’ve accomplished something.”

The thing she was afraid of, was the voluntary work at Hogar Adolfo Hirsch, she says and bursts out laughing. She thought working with old people would be hard, “but my sister wouldn’t leave me in peace.” So she became Lilo’s private chauffeur and was persuaded to do a course, which would enable her to work in the residential home. “I even wrote a final exam.” Together with her friend Hanni. She said to her, „Hanni, now we’re entitled to wok in San Miguel, but we won’t go.“ She upheld her resistance for a long while. Though meanwhile she has been going out for the past 40 years and visits people, who are as old as herself. When her husband was still alive, he used to say on Thursday evenings, “The only day on which you’re in a good mood is the day you come back from San Miguel. After you’ve accomplished something.” And that’s true”, she says with her smoky voice. She looks very contented.