He's too young to live in a retirement home. José Smilg with his 80 years is a whippersnapper and still much too fit. In the past many German Jews used to go to San Miguel at the age of 60, but today things are different. Nevertheless, the man with the happy eyes visits Hogar Adolfo Hirsch more often than others. That is hardly surprising, because he has been the chairman of the board for several years. 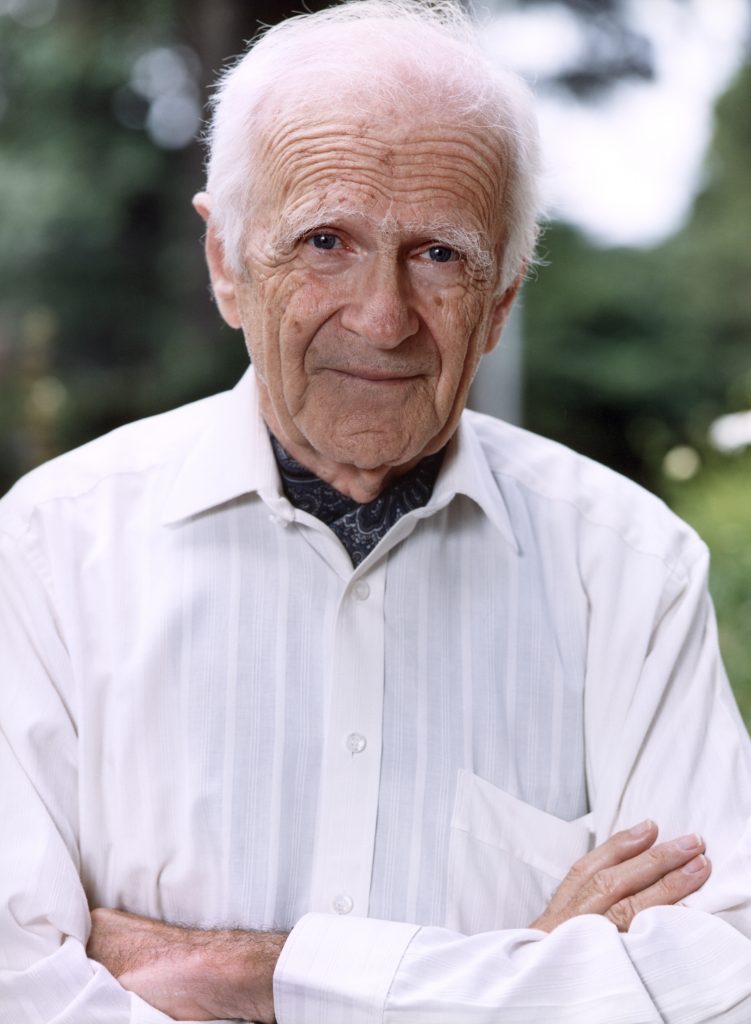 In addition to the administrative stuff, he also gives a lecture once a week about the trips that he made together with his wife: to Europe, but also to regions of Argentina. Many residents are eagerly awaiting these lectures and do not miss a single one. This is flattering and José Smilg has to smile when he thinks about it. "It's a nice feeling when people thank you. It's fun." He thinks of a wonderful German word for that: Herzpinseln (flattering the heart). Is this word still used in Germany? He does not know. Germany is very far away.

He left 71 years ago. Since then he was often there, but only as a traveller. He doesn't want to live in Germany anymore. "I am very alienated in all these years. I am an Argentine" he says, because after all he came to the country at the age of 12, studied in Argentina, got married, raised children.

He was born in Ludwigslust in Mecklenburg on May 15, 1925. Shortly afterwards the family moved to Berlin. Little Josef, however, didn’t have time to become a true Berliner. For the son of a Jewish journalist, who also writes for Carl von Ossietzky's WELTBUEHNE, there is no future in the Germany of the 1930s. He already understands that, even though he is only eight years old. Finally, in the first days of March 1933, the father was dismissed without notice as editor-in-chief of a Berlin newspaper. He wants to take action against this dismissal, but when he is threatened to be taken to a concentration camp, it is clear that the young family has to leave Germany.

Little Joseph has to leave almost everything he loves behind

Disguised as holiday travellers, father, mother and son travel to Paris with only two suitcases. Little Joseph has to leave almost everything he loves behind. "In Berlin I had a big, bright room with a wonderful train. Over the years I slowly bought them back together piece by piece, but it was never the same again". In Paris, the family lives in one room, always hoping that the haunting German atmosphere would soon be over. They stay for four years until it also becomes too dangerous in Paris.

„I will not stay here. Europe is heading for war.“

In 1937 the longed-for llamada comes from Buenos Aires, but only for the father. "They didn't want to give me and my mother a visa," recalls José Smilg. The worries that burden his parents about this seem distant today. "My mother said, "I will not stay here. Europe is heading for war. In the atlas she sees that Montevideo/ Uruguay is very close to Buenos Aires and that's where she wants to go. Three months later they leave Le Havre with a simple tourist visa for three months in the direction of Montevideo. For the little refugee, the crossing is a great adventure. As a child he couldn’t understand the dimension of the whole thing, he says today. His mother's hope for an early reunion with her husband was shattered a few weeks after her arrival. "Friendly people told to us, "Your husband will never be able to request you. You have to cross the border illegally. Across the Uruguay river, like a thief in the night. A lot of people do it." With a 12-year-old by her side - a terrible notion for her. But matters would develop in a different way. Destiny held a different turn in store for the Smilg family. In Germany Josef's father had written history books, among others about the Russian Revolution. An Englishman had formerly asked him to sign some books for him, as he wanted to bequeath them to Eton College. "My father agreed, signed them and sent them back." Already during the Paris exile father had tried to contact this Englishman. Unsuccessfully in the beginning. But suddenly a letter came: he was far away, in South America, in Montevideo and unfortunately he could not help him. José Smilg remembers how the story went on and one can see the joy about this recollection on his face: "In Montevideo my mother - waiting for being requested in Argentina, looking into a newspaper – and not speaking any Argentine - recognizes a name, the name of this Englishman. She asks a person in the boarding house to translate the text. There stood no less than :“the ambassador of His British Majesty ..." So she declared, "If that is so, then he must bring us to Argentina." She sent the article to her husband right away. "Two days later a Rolls Royce with a liveried chauffeur stood in front of the boarding house. He took us to the embassy. On the same day we were in Buenos Aires." A happy end of a German escape story almost in Hollywood style.

In the Argentine however, life in exile hardly improved

But after their arrival in the Argentine however, life in exile hardly improved. His father, the journalist, never really regained a foothold as a journalist. He nevertheless did all he could to promote his son. So little Joseph became the German Jew named José who is an Argentinian today and a faithful member of the AFI since 1952 - and he is chairman of the board of the retirement home for German speaking Jews in San Miguel, the Hogar Adolfo Hirsch.