“My mother birthed me twice”, says Juan Breitbart. The 88 year old bachelor lives in the Hogar Adolfo Hirsch nursing home in Buenos Aires. He spends his time playing chess against himself, reading or looking after the flowers on his balcony and those of the lady next door, as she shares his love of plants. He doesn’t care much for contact with other people who live in the home; he’s used to his own company. 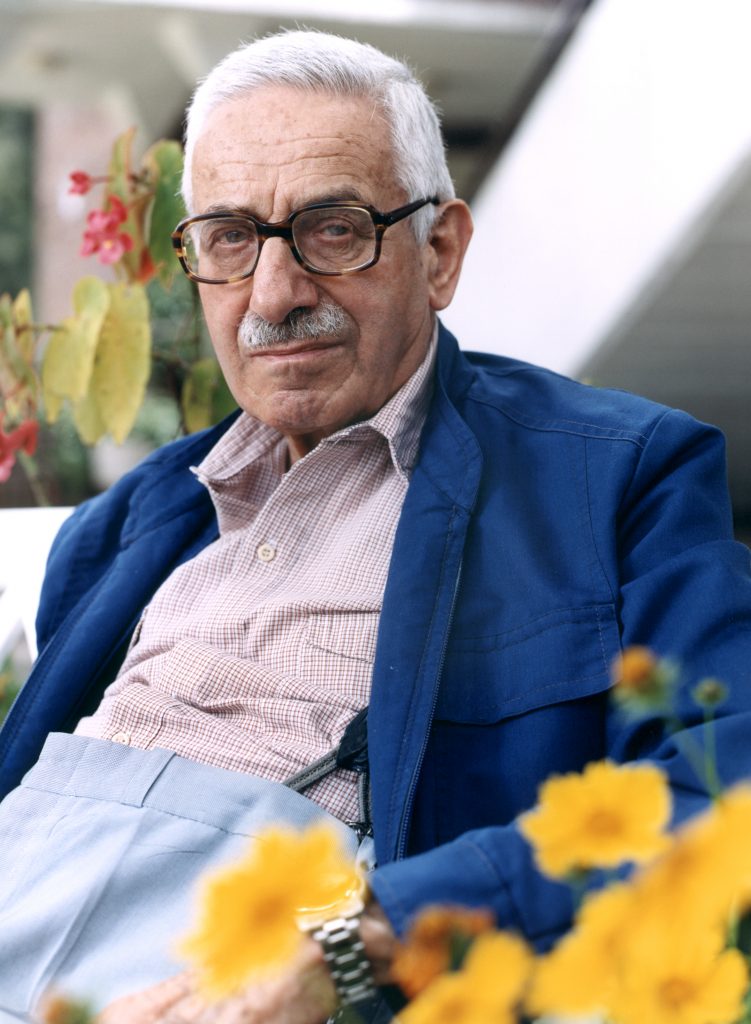 His first birth occurred on 25 September 1916 in Berlin-Charlottenburg. Back then, his name was Hans. His mother gave birth to him a second time when she risked everything to help her only son escape from Nazi Germany.

He left all that was familiar to him behind

Juan Breitbart’s second life began on 13 September 1938, a few days short of his 22nd birthday, when he leaves Berlin on the Orient Express heading for Sophia, Bulgaria. “It is extraordinary to think what it must mean for a mother to send away her only son, not knowing when she will see him again!” One can only guess how that must have made him feel. He doesn’t really talk about his feelings. But he recalls that he left all that was familiar to him behind: his parents and the city of his birth. “But I was alive, and that was the most important thing”. To this day this is what matters the most. And it is solely thanks to his mother that he was able to leave Germany in the nick of time. His father fought for Germany in WW1 and was decorated for bravery. “He never considered emigration because he was convinced that no one would touch him. But my mother was more perceptive.”

He remains alone in the following years

She organises her son’s escape, initially to Paris, travelling through Bulgaria and Italy. Well-to-do Parisian friends look after his expenses and organise a visitor’s permit to enter Uruguay. He leaves Europe in 1939 by boat sailing from Genoa, Italy, to Montevideo, travelling all by himself. He remains alone in the following years because he doesn’t succeed to get his parents to follow him to Uruguay. All the same, they manage to flee from Germany. However, their journey takes them to Shanghai.

Over the years, Breitbart, who is a trained salesman, manages to settle in Montevideo, changing his hame to Juan. He’s quick to learn Spanish and takes on a number of jobs. In time, his salary improves and he grows fond of his new home. “It is here that I learnt about freedom, which no longer existed in Germany: one day I went to see a Saturday matinée performance in the theatre. We learnt that the President and his family were in the audience. They were seated in a box. After the performance, he came down the stairs and people were doffing their hats to him and he did the same in return. This was incredible to me. Such a show of democracy!”

“By that stage, we hadn’t seen each other for thirteen years.“

While Juan Breitbart slowly re-builds his life, his father passes away from an epidemic in a refugee camp in Shanghai. His mother now has to wait out the end of the war on her own “without word from me. Only after the war ended did I succeed in making contact with her with the aid of the Red Cross. I was overjoyed!” 1941 is the year that Juan Breitbart arrived in Argentina. “In a very normal and regular manner”, as he recalls. But not until 1946 can he request for his mother to join him. He is able to send her a llamada, an appeal to come to Argentina. “Unfortunately, there was a problem when she stopped off at the Argentinian Consulate in San Francisco on her way from Shanghai to Argentina. “I received a letter from the office of immigration to say that my mother’s llamada had been withdrawn.” According to Juan Breitbart, the director of the Argentine Office of Immigration at the time was an anti-semite. As a consequence, his mother had to remain in the US for a further five years. Their long wait came to an end in 1951. “By that stage, we hadn’t seen each other for thirteen years. And the time has left its scars, believe me.” Son and mother spend another twelve years together, before his mother dies.

Nazi Germany has robbed Juan Breitbart, the bachelor. He lost his family and his chance at family life at the hands of the Nazi dictatorship. ‘Perhaps I may have got married and have had my own family.’