„What’s a Jewess?“ asks Doris’ sister one day in 1936, when she comes home from school. People threw this insult at her on the street. The daughters had had no idea that her father was a Jew. 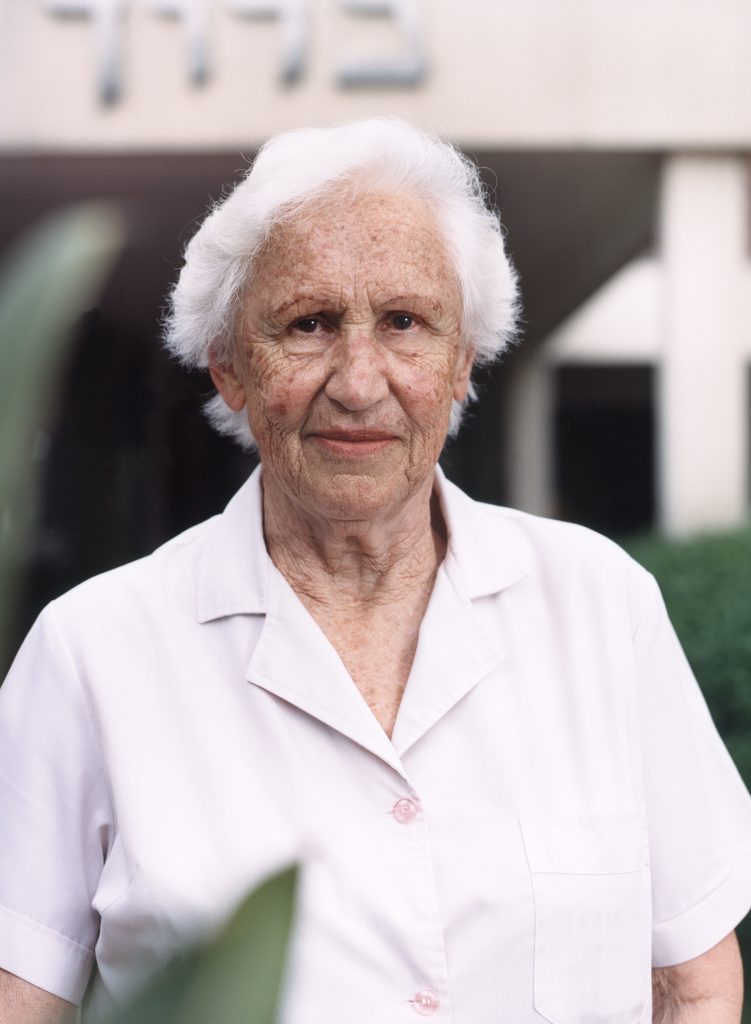 Doris was born 7th October 1927 as daughter of the Hammerschmidt couple in Glatz, in Silesia and was baptised, just like her sister, who is two years older. Jewish relatives live in Pomerania. Her father’s origins had never mattered before. But shortly before the incident, her father loses his job as distiller in a factory producing liqueurs, because he is a Jew. From then on, Doris mother launches herself into preparations for their emigration, driven by the worry about her husband and her children. She couldn’t bear the idea that something was to happen to them, her daughter remembers 70 years later.

“That really was a big deal”

Her parents want to emigrate either to the US or to Argentina. But they don’t succeed in obtaining an affidavit for North America, although her father’s brother lives there. The family can’t afford the immigration visa for Argentina. But then her father remembers an old friend who emigrated to Paraguay and he writes to him. And indeed he sends an official request for their immigration, even though that means he has to vouch for the German immigrant family. “That really was a big deal”, remembers the 78 year old. She believes that it must have been awful for her parents to have to leave Germany. She herself wasn’t “that affected”, she says.

„Everything was dreadfully primitive.”

She remembers the voyage with the ship from Hamburg in the year 1938, which was lovely, because, she says,”we travelled first class”. By 1938, Jewish emigrants are no longer allowed to export any money, therefore her father decides to invest his money in a luxury voyage. The remainder he invests in agricultural machinery, because “my father was convinced that he could turn to farming once settled in Paraguay. He felt passionate about it.” Arriving in Paraguay was a sobering experience for him. On his rice plantation on the Río Paraná her father’s friend had built a small house for the Hammerschmidt family, “but everything was dreadfully primitive.” The windows had no glass and there was no running water. In any case, none of them had any Spanish. The parents trade all they have for more useful possessions: “they swapped a winter coat for a cow, or so many hens for whatever else my parents had.”

Argentina, the original destination of their choice, was so close: they could look over towards Posadas which is part of Argentina. “During the night, we can see lights of the city.” The Hammerschmidt family have no electricity.

Without relatives. “That was very hard.”

After a short while, the father realises that he’s better off giving up on his idea of farming and begins once again to work in his former profession. He starts to produce liqueurs and because there are many German colonies in Paraguay, he soon has a steady stock of customers. In the early days he travels between the different colonies on horseback, six to eight bottles chocolate liqueur on either side, as well as biscuits, home baked by Doris’ mother. The two girls help a little, but they also attend school. Three years later, when the Hammerschmidt’s have settled down a little, the father suffered a fatal accident involving the horse cart. He is 45 years old. From now on, the mother is alone with her two teenage daughters. Without relatives. “That was very hard”, Doris Kaufmann remembers, and recounts how awful it was not to have any relatives in a foreign country because they hadn’t been able to arrange for any of her father’s family to follow them. She remembers how, before their emigration, her father had tried to persuade his family to come with them. Without success. A few had been able to get away to Israel or England and “all others perished.”

Germany seemed a long way away

The mother continues the liqueur trade with the help of her daughters. But soon after, Doris’ sister marries Günther, whom she had met on the ship en route to South America back in 1938. When her sister visits a friend in Buenos Aires, she bumps into him again “and that’s all it took”. She marries and moves to Buenos Aires. Doris Kaufmann laughs; to this day she is pleased about this, although it means that from then on she and her mother live on their own in Paraguay. Ten years after her father’s death, her mother passes away, too and Doris follows her sister to Argentina. That wasn’t easy for her, she says. Although she had no recognised training, the brother of her brother-in-law arranges for the 23 year old to be offered a job as a secretary at “Bunge und Born”. Later on she switches to a Swiss Insurance company and works as a secretary for the director. Here she has a difficult time,”because her German was no longer very good.” She had long since become Paraguayan. Germany seemed a long way away. Although her mother had always kept contact with the family, who after the war settled in Saxony and had sent them parcels once the war was over. But her daughter no longer maintains that connection. All the same, she visits the family. She has mixed feelings and feels a stranger in Germany.

No matter where she was and with whom, “I never knew where I belonged.”

Before she emigrated to South America, Doris Kaufmann had never felt Jewish. However, as an Emigrant, being Jewish becomes considerably more important. When she marries in 1956, she converts to Judaism. It was the parents-in-law’s wish. Hence, her children are Jewish, ”but they make no use of it, so I needn’t have bothered.” For the last 12 years she has been a voluntaria in Hogar Adolfo Hirsch and cares for fellow German Jews. She feels closely connected to the AFI, not least because her husband’s grandmother and her sister’s mother-in-law died here. But she never felt fully integrated in German Jewish Buenos Aires society. “I always had the feeling that I’m not Jewish at all.” She always suffered from that feeling. No matter where she was and with whom, “I never knew where I belonged” and that’s not now likely to change.